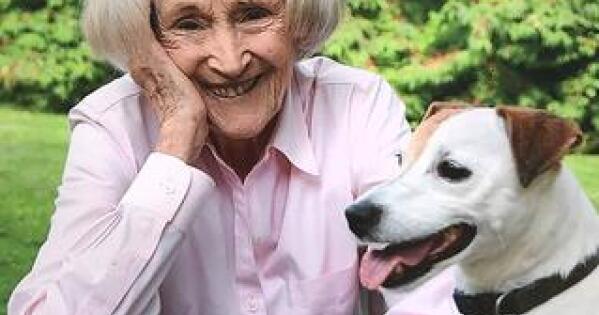 For the love of gardening: botanical Latin

I struggled mightily with Latin

as a high school student.

But today, the botanical nomenclature

stumbles lightly with my tongue.

It really is very simple.

One of my favorite wild flowers

is the sunny yellow cuckoo clock

that grows beside streams and

rejoices in the Latin name,

Caltha palustris, which may be

Palustris means “of the swamp”.

The tree in my field

is a pine oak, Quercus palustris.

It too requires abundant humidity.

And There you go-

botanical Latin in a few words!

You might be wondering why gardeners should care about this long-dead language. First of all, it’s valuable for the simple reason that it doesn’t change in the blink of an eye, while our modern English language is changing all the time. For example, “cronyism” had quite a respectable meaning in the 19th century. A ‘buddy’ was just a friend, a buddy, but the word took a turn for the worse in the mid-twentieth century when it came to mean ‘playing political favorites’.

Latin should be a fact of your gardening life so that you can find the specific plant you want. All plants have names which are divided into two parts. The first part of the name refers to the large group of plants that share common characteristics. Take the now familiar pine oak Quercus palustris. There are many species of oaks, and they all belong to the genus, Quercus, but the swamp oak is pyramidal in shape. Although it can reach 70 feet in height, its spread is modest 25 to 40 feet, while the mighty white oak, Quercus alba can reach 100 feet in height and spreads its huge horizontal branches as wide as they are tall.

I have seen a young oak tree grow to its full height over a period of 60 years. But the white oak in the field where I walk with the dog is probably over a hundred years old already and will still be at its peak when the dog and I are long gone.

These are just two such examples Quercus. But hopefully this will give you an idea of ​​how plant names work: first, the genus, the large group to which the plant belongs, followed by the specific name which focuses on its particular attributes.

Once you know the genus of a plant, specific descriptions are easier to remember because they often give you useful information about the plant – we already know that Quercus palustris will be happier where there is plenty of water. Here are some other specific descriptions you may come across: The specific epithet, aurea, means “golden color”; “Cerulean” is sky blue; canadensis, as you can guess, is “from North America; “Chinensis”, from China; “japonica”, from Japan. The climate of the northern islands of Japan is similar to ours, and many Japanese plants bloom in American gardens. In my garden, primroses (Primula japonica) send tall stems surrounded by pink and red flowers facing outward in tiers. They are incredibly beautiful and loved by hummingbirds.

You can easily guess many words used in specific epithets as they often refer to places of origin; the color of the foliage or flowers; some are named after the plant hunter who first found the plant in the wild or to honor someone in the horticultural field. Forsythia pays homage to a man named William Forsyth, superintendent of the Royal Gardens of Kensington Palace in England.

As for the pronunciation of botanical nomenclature, your guess is probably as good as mine.

Love your gardening, until next time!

Sydney Eddison will be contributing a regular column in the coming weeks. She has written seven books on gardening. In addition, she collaborated with the Color Wheel Company, on The Gardener’s Color Wheel: A Guide to Using Color in the Garden.

For her work as a writer, gardener, and lecturer, she received the Gustav AL Melquist Award from the Connecticut Horticultural Society in 2002; the Kathryn S. Taylor Award from the New England Wild Flower Society in 2005; in 2006, the bronze medal of the Federated Garden Clubs of Connecticut. In 2010, his book Gardening for a lifetime: how to garden more wisely as you get older won the American Horticultural Society Book Award.

A former drama teacher, longtime gardener and Newtown resident for sixty years, Eddison’s love for the English language has found its most satisfying expression in four volumes of poetry: Where We Walk: Poems Rooted in New England Soil , 2015 ; Fragments of Time: Poems of Gratitude for Daily Miracles, 2016; All the Luck: Poems Celebrating Love, Life, and the Enduring Human Spirit 2018; and Light of Day: poems from a lifetime of research and listening, 2019.