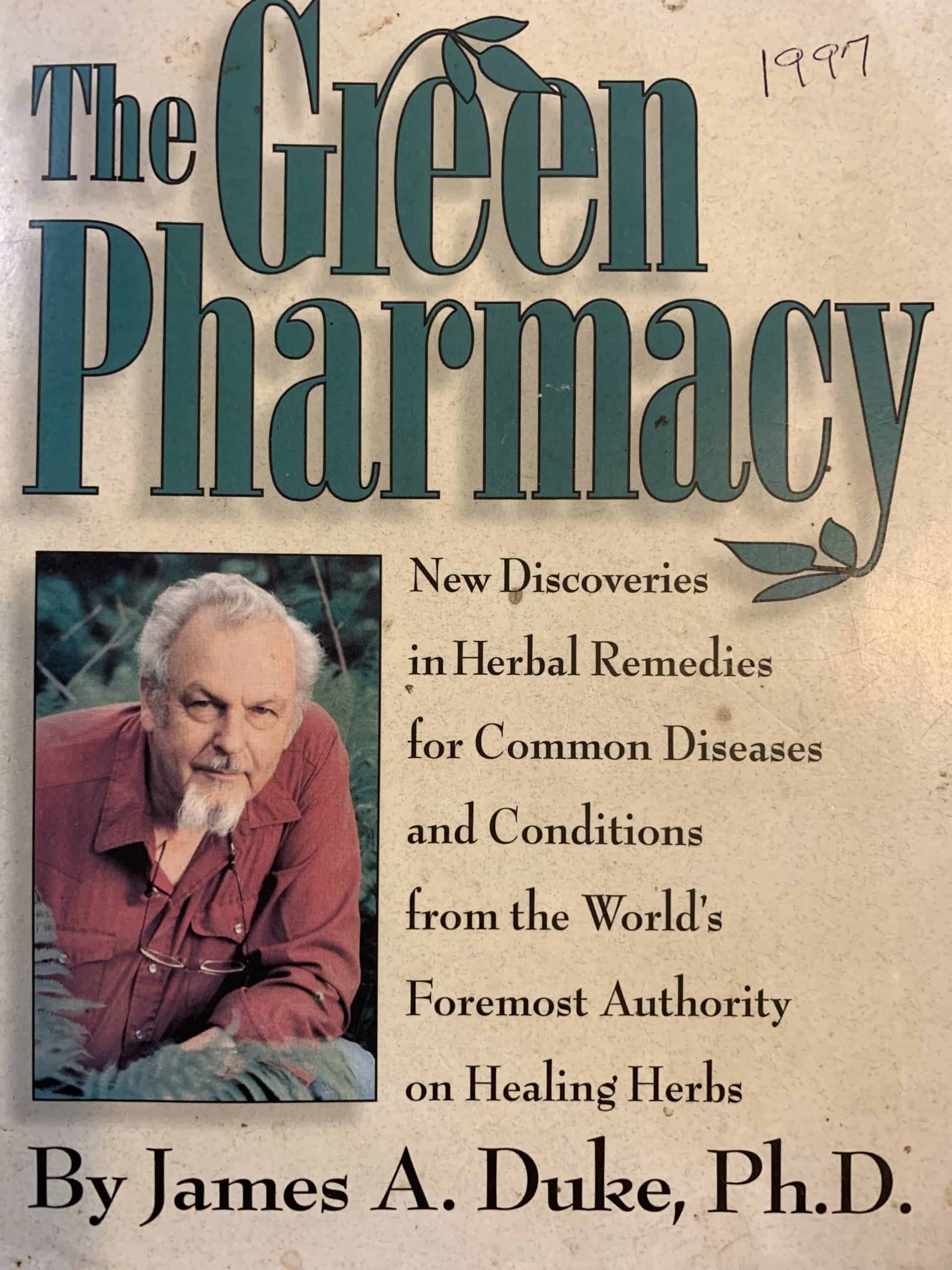 I had the great privilege of knowing the late botanist, Dr James “Jim” Duke. To this day, I still consider him my mentor after spending time with him. I first met him in the Maryland Department of Agriculture when a mayfly Maryland Herb Association was in the process of being formed. We became friends when I named the native grass Monarda punctuated, peppermint, for being the state herb of Maryland. Although I don’t believe it ever became official, it appealed to his ears.

I took a brief course in botanical medicine with him at the University of Maryland and heard him talk about herbal medicine in front of scientists across the country at the National Institutes of Health. Jim Duke has also appeared every year, barefoot and playing herbal music, at the Herb Festival in Leakin Park in Baltimore.

He was so down to earth, always curious and full of herbal inspiration. He led eco-botanical ethnobotany tours. I went to Costa Rica with him on one of these tours to visit the New Chapter facilities where many tropical herbs, such as ginger and turmeric, were grown. The tarantulas and poisonous snakes in the outdoor pool never fazed him. He even helped me when I left luggage at the airport. He has always loved teaching others about the plant world and made an unforgettable visit to my nursery garden. When I taught in the botanical medicine program at Tai Sophia (now known as the Maryland University of Integrative Health), Jim Duke ran the program, with his beautiful garden.

He has written over three dozen books. My favorites that I always treasure are The green pharmacy, A field guide to medicinal plants and herbs, Dr Duke’s essential herbs, 13 Vital Herbs You Need To Protect Your Body From Disease, Increase Your Energy, And Extend Your Life, and Edible Weed Manual.

One of his most famous works is the CRC Handbook of Medicinal Herbs and he developed an online database called Dr. Duke’s Phytochemical and Ethnobotanical Database at the USDA.

Jim Duke was born in Birmingham, Alabama, and earned a doctorate. in Botany from the University of North Carolina in 1961. In college, he performed in a Dixieland Jazz Band. He wrote poems, which he set to music, on herbs, their proper and common names, and some of their properties. In the late 1970s, he was head of the Plant Taxonomy Laboratory, Institute of Plant Genetics and Germplasm, USDA Agricultural Research Service.

Jim Duke was a brilliant researcher who had a knack for teaching people how the complex botanical compounds in plants could contribute to health and prevent many ailments. He was a founding member of the board of directors of the American Botanical Council, a peer-reviewed botanical medicine journal. Mark Blumenthal, who founded the American Botanical Council, said Jim Duke was a brilliant, dedicated, funny and humble man who won the admiration, respect and love of thousands of scientists and plant enthusiasts. medicinal.

I am honored and grateful to have known this gentle giant of the botanical world. I have a darling turmeric plant from Dr. Duke’s garden that I lovingly carry in and out of my greenhouse every year.

Wait Until May To Plant Tropical Plants For Pool Landscaping, But Also Use Evergreen Plants | Home & Garden