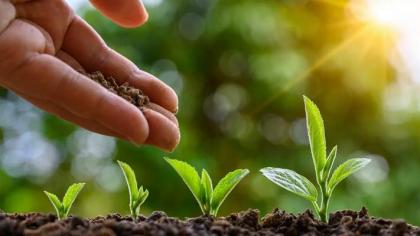 As part of the Clean and Green Pakistan program, a mega planting campaign was held in Dinin Lisht on Friday, during which speakers also highlighted the benefits of planting and afforestation.

CHITRAL, (UrduPoint / Pakistan Point News – February 19, 2021): As part of the Clean and Green Pakistan program, a mega planting campaign was held in Dinin Lisht on Friday, during which speakers also highlighted the benefits of the planting and afforestation.

Addressing the function, Divisional Forestry Officer Ahmed Jalal told attendees that the Prime Minister of Pakistan has announced the planting of ten billion saplings in the country, which will help overcome deforestation in the country.

There were also countries in the world where the rate of reforestation was over 80%, thanks to which today we have oxygen. He said that in the past money was made by cutting down trees, but today nurseries and sapling plantations offer good business.

Other speakers said the rate of reforestation should be increased to control greenhouse gases and other environmental pollutants. “These trees are our friends. Not only do they provide us with fresh oxygen, but they also play a key role in reducing the impact of natural disasters,” the experts said.

They said that planting trees not only gives us overall benefits but also part of our religious teachings because our religion has placed emphasis on planting trees, stating that it is about an ongoing charity.

Stakeholders said that in Chitral everyone uses firewood for cooking and warming.

They said land purchased in the past for LPG filling stations should be used for this purpose in order to minimize dependence on firewood and preserve valuable forests.

Maulana Khaliq-ul-Zaman, Khatib Shahi Masjid, emphasized the importance of plants from an Islamic point of view and proved it with the Hadiths. He said that people who plant trees would be continually rewarded by Allah for their good deed.

He said that even if a person steals the fruit from a tree and takes its skin, the one who planted it will be rewarded.

Souvenirs were also given to the guests of the event. Later, the main guest and others also planted trees and distributed free plants among the population. During the ceremony, the services of VCC Dinin President Fazlur Rehman were greatly appreciated for his efforts in planting 6,000 saplings in the hilly region of Dinin.

The function was attended by the District and Sessions Judge Chitral, Commander Chitral Scouts, Deputy Director of the Intelligence Bureau, District Public Prosecutor, Union President, Secretary of Good Governance, Deputy Director of non-timber forests, DFO Wildlife, DFM Chitral and heads of relevant departments. like a lot of people belonging to all walks of life.

The story behind the broth that supported plantation slaves