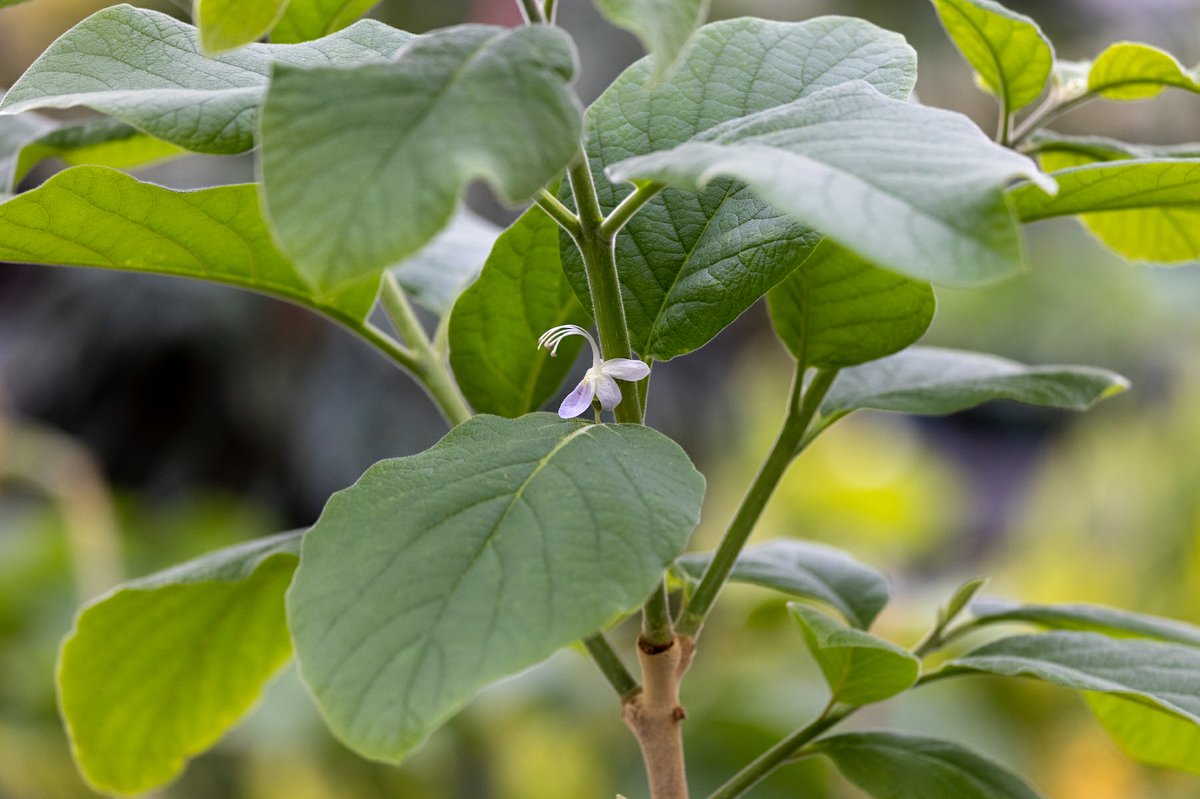 In early May, a one-inch flower caused a stir at the Missouri Botanical Garden (MoBot). When Roy Gereau, deputy curator of MoBot and director of the program in Tanzania, received the news of the bloom from his colleague Andrew Wyatt, senior vice president of horticulture and living collections, he “immediately put the champagne in the fridge. “. Soon the news spread around the world, making headlines in publications like National Geographic.

This is the first time that a flower has been observed on a critically endangered species Karomia gigas tree, at least as far as scientists know. There are only 19 trees known in the wild, all located on two patches of declining coastal forest in Tanzania in East Africa.

The first one Karomia gigas a tree and sapling were discovered in Kenya in 1977, and a decade later a taxonomist placed the species in the mint family. However, questions remained about the tree’s gender until the first delicate, purple and white flower was observed this year.

“Now we can write a full description of the species,” says Gereau, noting that this is only a step towards its preservation for the future. “Regarding our breeding program, seeing the flower gives us a better idea of ​​what is likely to pollinate it, which gives us more ideas about the ecology and considerations for its conservation.”

MoBot’s participation in the project began in 2016, when Gereau and Wyatt joined Tanzanian and international partners on a fact-finding expedition to study several of the trees. At the end of 2017, MoBot reached an agreement with the Tanzanian government, and a few months later, nearly 6,500 papers Karomia gigas the fruits were sent to Saint-Louis. After painstakingly extracting each seed by hand, the staff at MoBot were the first in the world to germinate the seeds in a controlled environment. The organization currently has 29 saplings, all about 8 feet tall, growing in its greenhouses.

“We are very excited, not only because the flower has never been seen before … but also because it allows us to make controlled crosses in our greenhouses and produce potentially viable seeds for future populations,” says Wyatt.

Later this year, experts in Tanzania will collect leaf samples from every known tree so that the genetic profile of each can be cataloged. Plant scientists will use this information to cross trees to maximize genetic diversity within the species.

Gereau says it’s no different than zoo breeding programs for endangered animals. “You keep track of each other’s parentage and make sure you don’t raise two close relatives,” he says. “People don’t think of this with plants… but the same considerations apply. “

Once trees are established in MoBot’s living collection, those involved will endeavor to preserve them in the organization’s seed bank and possibly reintroduce genetically distinct individuals into the wild.

Even if Karomia gigas is not currently on display to the public, Wyatt hopes to introduce one to the Climatron later this year. “We could give you many examples of species that we are working on in the same way: by naming them, we have them in culture and we make sure that they do not disappear,” he says. “Karomia is a good ambassador so that we can show this process, but we also do it with hundreds of other species.

6 landscaping essentials you need this summer

Visit to an exotic tree plantation in Alaska | The music