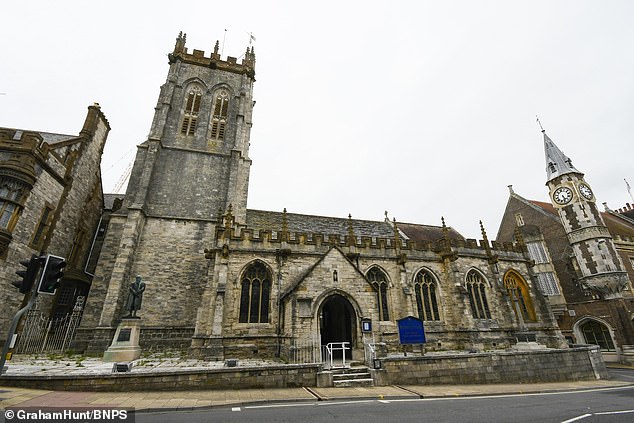 Parishioners voted to remove a memorial stone commemorating a slave trader from their church following complaints from anti-racist activists.

The controversial 5-foot-high plaque inside St Peter’s Church in Dorchester, Dorset praises the “bravery” and “humanity” of 18th-century plantation owner John Gordon, who removed a slave rebellion in Jamaica – which left nearly 500 dead.

The 15 church committee members have now voted to move her to a museum as a result of objections from Black Lives Matter groups, who said it “glorified” racism.

Other options considered were to leave it in place with accompanying material giving its historical context or to move it to a less important location in the church.

The parishioners’ decision will need to be ratified by the church after a “consultation” process before the plaque can be removed. 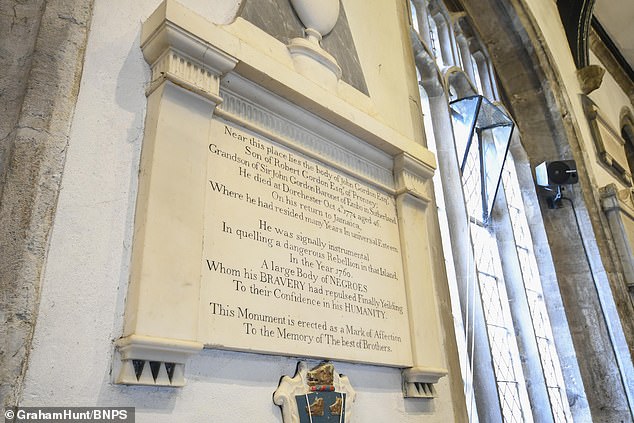 All 15 church committee members have now voted to move it to a museum over objections from Black Lives Matter groups, who said it “glorified” racism 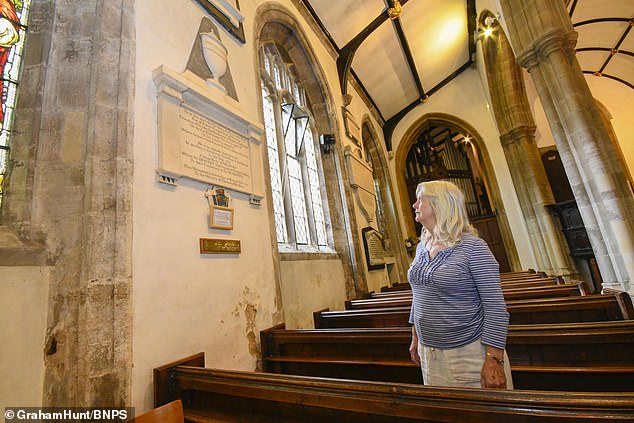 Church keeper Val Potter (pictured) said: ‘We were already in conversation with the Dorset County Museum about the possibility of taking it and displaying it in a setting that could do justice to the whole ‘story”

They requested that a temporary plaque cover be done in the meantime.

JOHN GORDON: THE OWNER OF AN 18th CENTURY PLANTATION PRAISED FOR HIS “BRAVERY” AND “HUMANITY”

John Gordon was born in Sutherland, Scotland, in 1728.

He was a lawyer for the Ellis family in the 1750s and, together with another lawyer, took over the administration of the Greencastle and Newry plantations in Jamaica which produced sugar, rum and molasses.

He used this position to establish his own business as a plantation owner, perhaps by buying or leasing land from John Ellis.

In 1760, the slaves organized a rebellion against their ill-treatment, leading to one of the most brutal suppressions of its time.

Gordon returned to Great Britain and died in Dorchester in October 1774, at the age of 46.

The plaque in his honor can be found on the wall opposite the southern entrance door of the 15th-century church and is quite prominent, with a carved urn on top and the family’s coat of arms below.

The plaque reads: “He was instrumental in suppressing a dangerous rebellion on this island (Jamaica) in the year 1760.

“A large number of n ***** that his bravery had repelled, finally giving in to their confidence in his humanity.”

Accounts from the time suggest that the consequences were anything but human.

Some rebels were killed on the spot while others were taken prisoner and then horribly executed.

Church director Val Potter said, “At the parish church board meeting, members were given three options.

“These were to leave the memorial in place with accompanying material and possibly cover the offending word, move it to a less visible location in the church, or move it to the museum.

“There was an opportunity to contribute to the discussion and all who took the floor considered the third option to be the most appropriate.

“The decision must now go through all the legal processes of the church equivalent of the planning process.

“The officers are known to be sympathetic to the decision and hope to make the process as smooth as possible, but it must provide the opportunity for a wide range of consultations.

“We were already in conversation with the Dorset County Museum about whether to take it and display it in a setting that could do the whole story justice.”

The church has had complaints about the plaque in the past, but the recent Black Lives Matter campaign “pushed it up the priority list.”

Ms Potter said earlier this year: “We are very grateful to the Black Lives Matter campaign for raising the urgency of the issue, we have been thinking about what to do about this for some time.

“The only negative comments we get in our visitor box are about this memorial. The movement pushed him to the top of the priority list.

“We welcome strong opinions from people and are grateful to people who protest verbally, the last thing we want is anyone to take physical action against this.

“Everyone says it’s a horrible side of our story, but it’s a story we have to recognize and tell.”

Stand Up to Racism Dorset also complained about the plaque saying it glorified racism and should not be on display in it.

They “praised” the church for its decision to withdraw it.

David Rhodes, of Stand Up To Racism Dorset, said: “We commend the church board for this decision, and in particular the church director’s efforts to guide the church’s decision-making process. 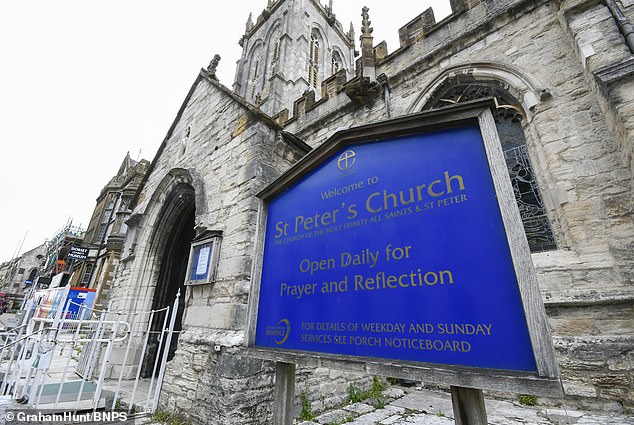 Ms Potter said earlier this year: “We are very grateful to the Black Lives Matter campaign for raising the urgency of the issue, we have been thinking about what to do about this for some time.” 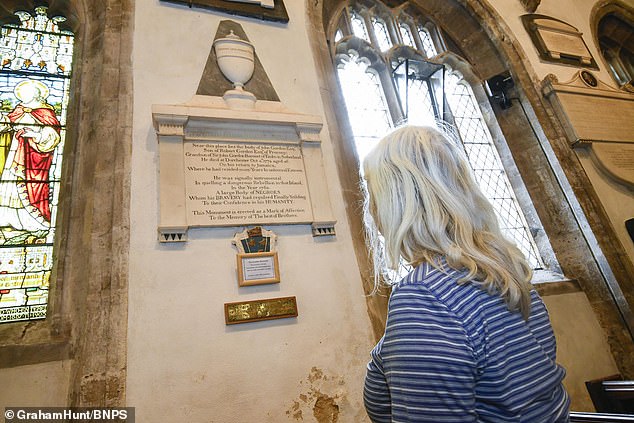 Ms Potter said: “The only negative comments we get in our visitor box are for this memorial. The movement pushed him to the top of the priority list ‘

“We believe the board made the right decision. It is good for the church to take steps to recognize our “shameful past”.

‘The Gordon plaque congratulates and celebrates the actions of John Gordon in suppressing a rebellion by slaves fighting for their freedom in Jamaica in 1760.

“It’s a celebration of white supremacy and racism.”

The church has ties to author Thomas Hardy who helped redefine the east end of the building while working as an architect in the city.

There is also a statue of the writer and poet William Barnes outside the building as he was also the vicar of the parish.