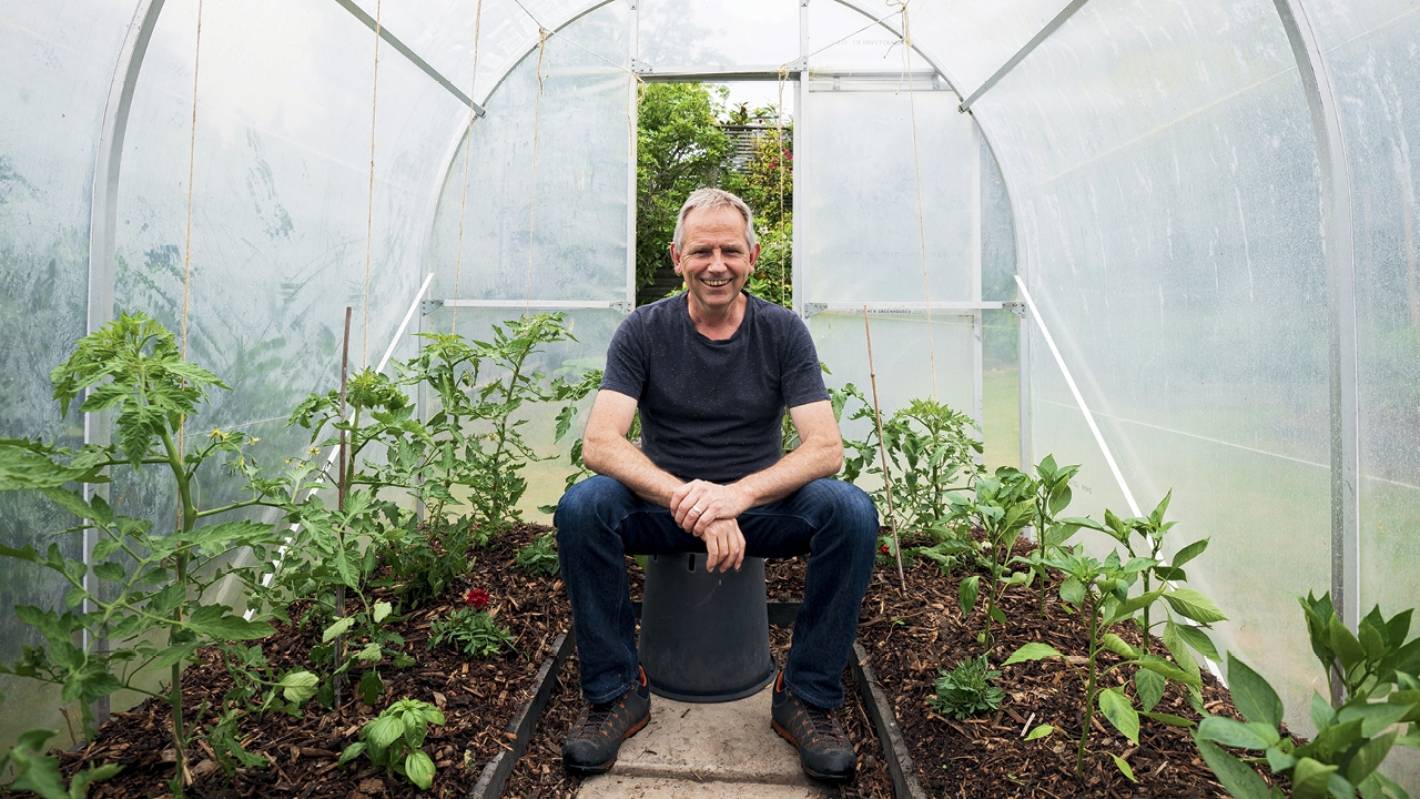 Publisher Robbie Burton has been gardening since elementary school

Robbie Burton is co-owner and executive director of book publisher Potton & Burton. He lives and gardens in central Nelson, with his partner Susannah Roddick, who works in education, and their sons, Ed, 18, and Will, 16.

I am 63 years old and, apart from this late adolescence where I used to laugh like you, I have been gardening since I was in elementary school.

My mom encouraged me to participate in the A&P Society Gardening Show. I have always been very enthusiastic. These classic gardens of the 60s had to be done, everything was considered perfectly neat. You had little name tags at the start of each row and those geezers would come in in white coats and judge your yard. I won this competition and got a beautiful purple banner that hung over my workbench for many years until it got too much eaten by moths.

My father died when I was 3 years old. I was brought up by my mother who was a remarkable woman, who raised six children on her own. She loved the natural world, she was a passionate botanist. When she got rid of us kids and didn’t have to work so hard, she had a beautiful garden. She loved to walk in the forest – the alpine flowers. I owe him a lot.

There was no money available. At the time, there was only a small widow’s allowance. My mother was a schoolteacher and she worked like a Trojan horse. But at that time, I think there was a lot of generosity in the community.

I went to Nelson Boys College. I was the wrong boy in the wrong school at the wrong time. It was in the 1970s, my friends and I all wanted to grow our hair and be rebellious and this wasn’t the kind of school that encouraged that.

He was channeled into activism, this rebellion. This led me to be a very active full time environmentalist for many years. It was a pivotal period in New Zealand conservation history; I was working on the native forest campaigns of the early 1980s with motivated people who were far more knowledgeable than me. Huge gains have been made, campaigns have been waged and won.

At the end of the day, I really am a nature boy. I have done a lot of hiking, mountaineering and skiing. The world of the outdoors was what really attracted me, which really influenced my accidental career as a publisher.

Susannah is Kiwi but I met her in Frankfurt from all the places at the book fair. She was helping a friend. One thing led to another and in three months she was back here in Nelson. She had a good career in London so I was very lucky.

When we found it, this place was two apartments, built in the 60s, 300m from the [Cawthron] church steps. There was no garden at all, two-thirds of it was concrete – but it was big, flat, and sheltered, so we set about building it.

Susannah is a little interested. She really appreciates the garden, she is really supportive but above all she is my baby. My sons? No. They’re teenagers, that’s not their thing.

I used to feel a little sheepish having lived in a small town all my life. But these days, I just feel lucky. I was able to have a career in publishing and have an interesting job and it’s a privilege to get to really know a place and have a strong sense of connection with it.

Sales of New Zealand books are dropping dramatically. There are some sectors that are doing very well, but it is a smaller market than it was 10 years ago. Because we do a lot of specialized and quite specialized books on the outdoors and natural history, it is much more difficult.

We were known for books destined for the tourist market which has completely disappeared. Even before Covid, the increase in the number of people with cameras on their phones meant that we had to get much broader in the types of books we publish.

I’m really proud to have done all of Nicky Hager’s posts. This man is a national treasure, he takes an enormous amount of stick, but he is a man of great integrity. These are always scary books to do because there is a lot at stake. The best known is Dirty policy. But a book like this comes in from time to time.

I’m an early riser in summer and spring so it’s always a great joy to go out at dawn. I tend to water then. I’m a huge fan of hand-watering with a wand, it’s just a beautiful, meditative thing to do. Every day, I go out early.

* This is not a sponsored endorsement.