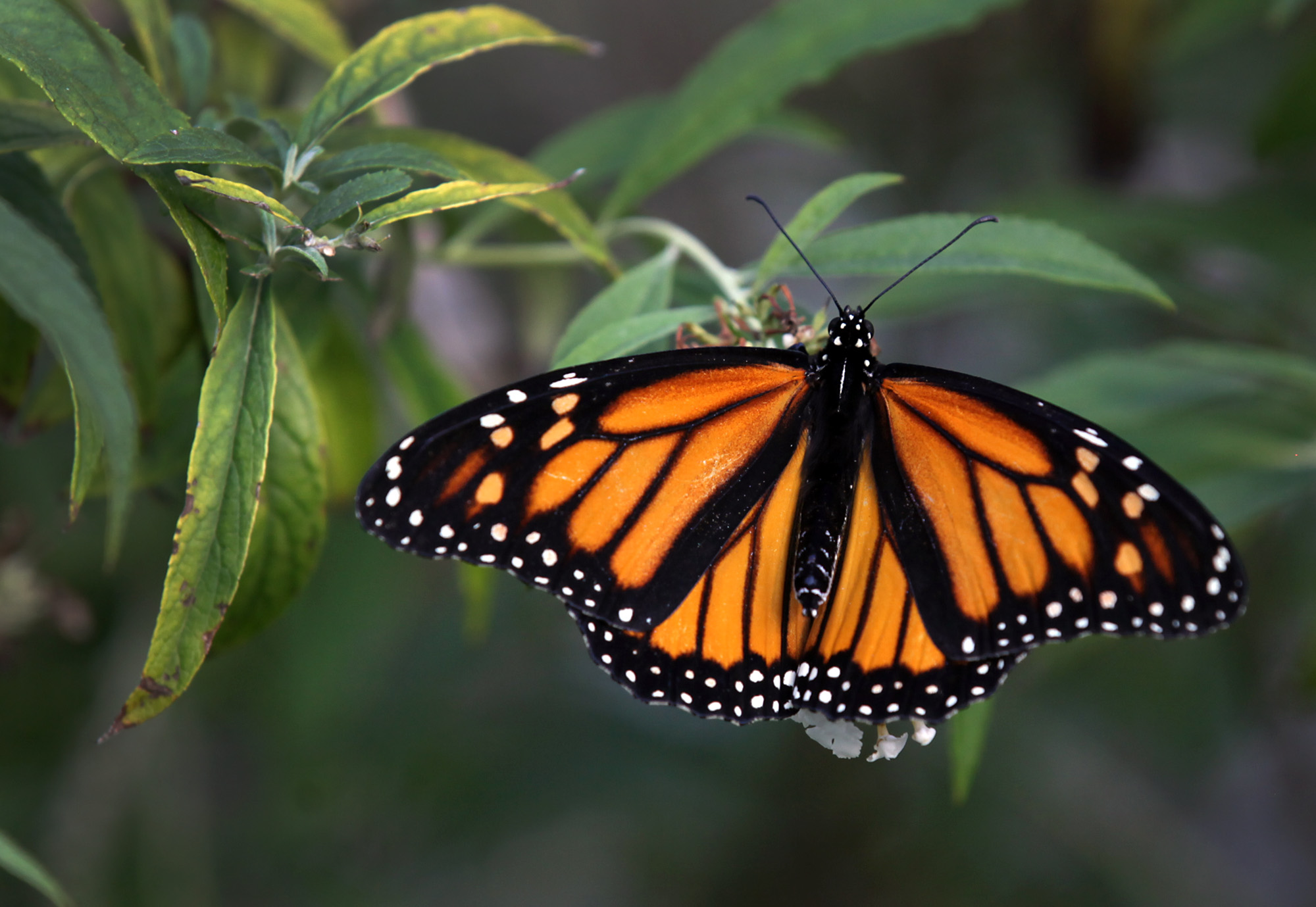 Almost ten years ago, a monarch butterfly flew south for the winter to the San Antonio Botanical Garden. But only after taking a flight from upstate New York.

In September 2012, Maraleen Manos-Jones noticed a monarch caterpillar forming its chrysalis, a hard outer case that protects the insect as it transitions into a butterfly, in her garden. Over time, she became concerned that this particular caterpillar was delayed in its formation, about two weeks behind the rest of the pack. After the caterpillar transformed in late October, during a cold snap in upstate New York, Manos-Jones knew she needed help saving this butterfly.

It was then that she called Southwest Airlines.

Manos-Jones, nicknamed the “Lady of the Butterflies” since she wrote a book on the insect, contacted the Dallas-based airline to ask for a favor: Would they help transport the unnamed butterfly to a? a place with warmer temperatures, a place where the butterfly could safely depart for its destination in a Mexican mountain range?

Together, the Texan company and the San Antonio nonprofit have made headlines, drawing readers’ attention to the original mission to save a butterfly via a 1,950 mile plane ride. Manos-Jones and the butterfly left Albany, where it was 32 degrees, for the town of Alamo, where the New Yorker had to contend with temperatures in the mid-1980s, according to the San Antonio Express-News. Southwest covered the cost of the flight to Manos-Jones and even had someone join her in recording the trip.

Naturally, the release of the butterfly, which drew a large crowd following its headlines butterfly, was also filmed.

While no one at the San Antonio Botanical Garden at the time of the quirky mission is still at the nonprofit today, Emily Knapp, director of marketing, says the garden remains committed to conservation efforts.

“We play a role in the conservation of 13 endangered plants native to South Texas,” says Knapp.

While the Botanical Garden does a lot of the work on its own, Knapp says the nonprofit’s partnership with the San Antonio Water System, better known as SAWS, has created two Field exhibit areas where visitors can view water conservation efforts. In the WaterSaver Garden, visitors can learn about plants that don’t require a lot of water. At WaterSaver Lane, made up of small cabins, visitors can learn about drought-tolerant landscaping options and other wildlife habitats.

In addition to conservation, the garden’s mission is to connect people with plants and nature, which has increased over the past year. Knapp says the garden has seen more visitors and has more than doubled its membership since the start of the COVID-19 pandemic.

“We’re one of the few places where people can safely enjoy it,” Knapp says.

Now that more and more people are visiting the garden more often, she hopes San Antonians will help support the organization in its mission.

“People might think of the botanical garden as a place to look at beautiful plants, but we also do a lot of things here,” says Knapp.

Although Knapp describes the garden’s help in the butterfly on an ad hoc basis, the association offers advice on how to attract and support butterflies in their life cycle. You can find out more here.

Gardening: What to plant under trees | Chroniclers