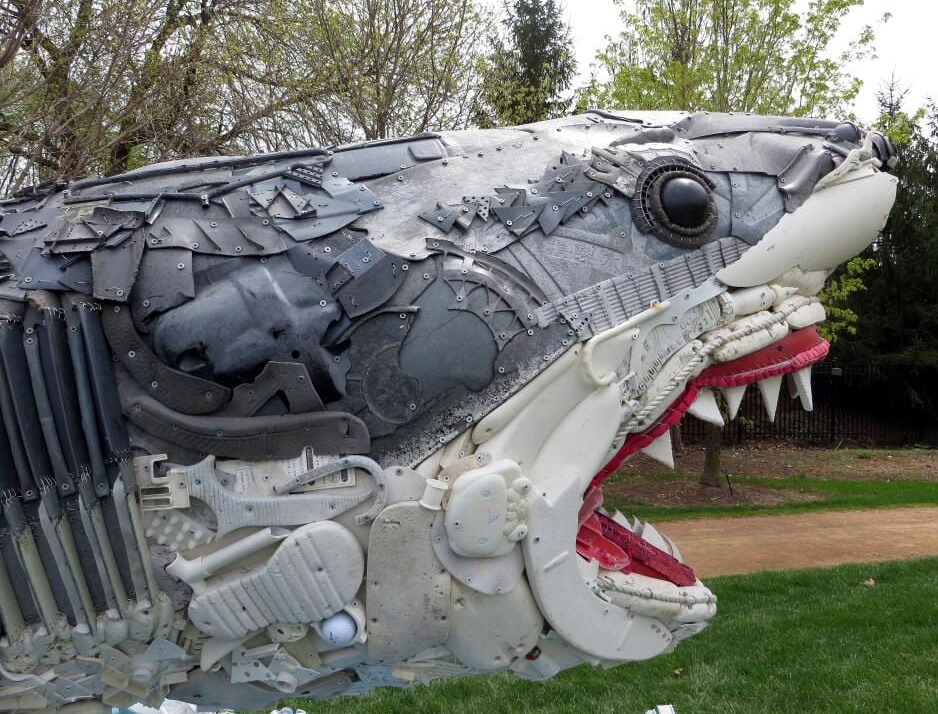 NORFOLK, Va. (WAVY) – An artist from Oregon has put several thousand pounds of trash in the Norfolk Botanic Gardens – but it doesn’t sound what you think and it’s for a good cause.

Artist Angela Hazeltine Pozzi and the Washed Ashore Foundation have collected over thirty tons of trash over the past 11 years. She used it to create 85 car-sized sea life sculptures. You can grab some of these sculptures from today at the Botanical Gardens.

The Project washed ashoreS mission is to bring attention to the overwhelming amount of plastic pollution in the oceans.

Project managers say single-use plastics are particularly bad for the health of the environment, both in the water and on land. According to the World Economic Forum and the Ellen MacArthur Foundation, there may be more plastics by weight in the oceans than fish by 2050.

The interactive and playful nature of art even makes it easy for children to grasp the message Angela is trying to send: “Our planet has limits, our ocean has limits, and it’s on its limits.

In the near future, the collection will also include an exclusive bespoke eagle. Angela says it’s made from garbage collected by locals along coastal Virginia beaches.

The eagle will be holding a menhaden in its talons and is expected to be there later this summer.

The Norfolk Botanical Gardens says the exhibit was made possible by the Batten Family Educational Achievement Fund of the Hampton Roads Community Foundation.

Norfolk Botanic Gardens officials said they are working closely with the Chesapeake Bay Foundation (CBF) as an environmental partner for this event. Since 1989, CBF’s Clean the Bay Day has engaged nearly 162,000 volunteers, clearing over 7.1 million pounds of debris from over 8,000 miles of shoreline in Virginia.

The exhibition will be at the botanical garden from June 5 to October 31.