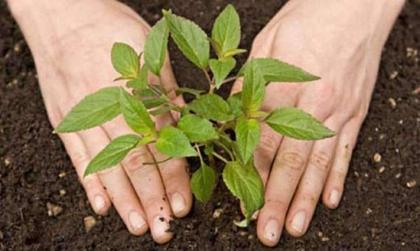 Youth asked to support KMC in planting campaign in Karachi

Karachi administrator Laeeq Ahmed on Thursday called on the city’s youth to support the Karachi Metropolitan Corporation to make the planting campaign a success and to free the Karachi Wall from malicious slogans.

Young people have come forward willingly for the betterment and development of welcoming Karachi, “the Administrator said in an interview with a delegation from the Youth Parliament led by Rizwan Jaffer here in the KMC building, according to a statement. .

Senior Director of Coordination Khalid Khan, Director of Media Management Ali Hassan Sajid and other officials were also present on the occasion.

The Trustee said they were taking steps to increase KMC’s income in order to overcome the financial crisis, hoping the situation would improve soon.

He said the planting campaign would be launched from February 15 and that young volunteers would take care of the trees planted for four months.

He said the city guards are receiving special training so that they can also be used for rescue work.

The Administrator said that Baghban committees have also been formed to look after parks and gardens while citizens are also trained in vegetable gardening.

He said KMC has administrative control of 106 roads in the city where an appropriate paid parking system is in place.

Laeeq Ahmed called on the Youth Parliament to participate in the sports gala in addition to the planting campaign.

The Trustee said that the new generation could witness a huge and very talented improvement in Karachi, if their art and talent are used appropriately.

“The Youth Parliament would be fully facilitated because we all want the betterment of Karachi,” he added.

The President of the Youth Parliament said that they have 2000 passionate volunteers to serve the city and are fully committed to cooperate with KMC.

He said the wall art experiment has remained successful, asking KMC to identify places where they wanted wall art to be done.