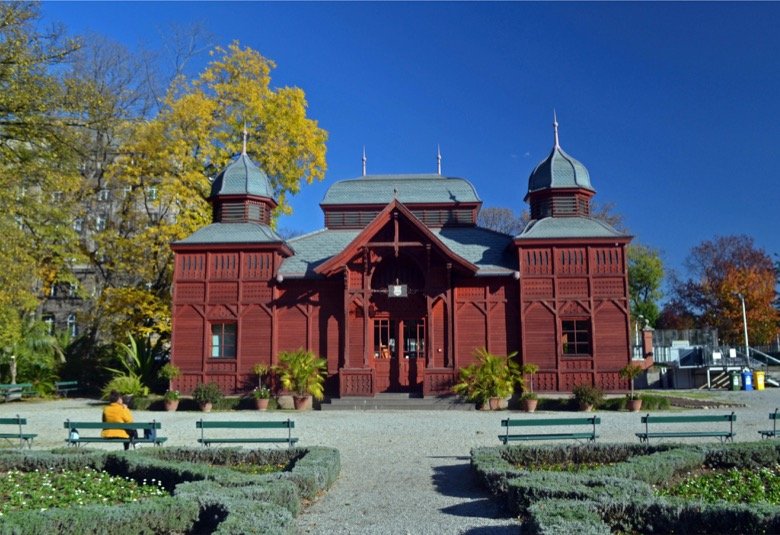 The Botanical Garden might not seem like the most exciting place to visit in Zagreb, but it is a lovely patch of green, and it’s on your way if you explore what’s called the Green Horseshoe or Lenuci Horseshoe , a U-shaped green system of areas surrounding the very heart of the city center, conceived at the end of the 19th century as the basis of Zagreb’s urban development.

The garden was founded in 1889, and since 1946 it has been part of the Zagreb Faculty of Sciences. In 1971, it became a protected monument of nature and culture. The arboretum is freely arranged (in the English style of the landscape), while the flower bed is strictly geometric (in the French style). But my personal favorites are a picturesque man-made lake and a section with native Croatian plants – which are exceptionally plentiful and diverse, as Croatia, small as it is, extends to both the Mediterranean and mainland areas.

Mention should be made of the Art Nouveau headquarters (former house of the head gardener), a precious 19th century exhibition pavilion, the greenhouse with exotic plants, a public toilet (a representative example of a public service in the end of the 19th century) and the beautiful little kiosk.

I like to come here to read a book and take a rest from the noise of the city, or to take advantage of some of the special events organized in summer, like for example “Biljke i svirke” (“Plants and performances”) – when the whole garden becomes a stage music with official concerts as well as spontaneous performances by all those who feel inspired to make music among the plants.

Hard-to-Kill Houseplants for the Gardening Newbie Way of life